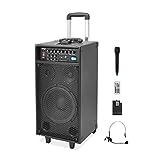 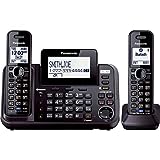 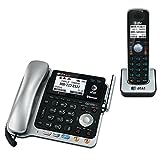 Bluetooth conference phones are communication devices used in conferences. The devices support two-way communication, meaning the listeners can communicate back to the caller. They have loudspeakers and can be linked together to serve bigger conferences.

Like a regular Bluetooth speaker, conference phones use Bluetooth technology to amplify the sound of a regular smartphone. Because they also support microphones, participants in a conference room communicate intelligently without having to disrupt each other.

Bluetooth-enabled conference phones come with touch-based or button keypads for a predictable reason. When you need to contact person, you simply dial up the keypad. They don't have a handset though. It's a simple dial pad with letters and numbers. Some also have features to increase and lower their sound levels.

A loudspeaker is after all the main feature of a conference speaker. They are significantly larger than smartphone speakers and pick up sound from a full 360 degrees. Their microphones are also unidirectional and work within a radius of up to 1000 square feet. Some also support Bluetooth headsets or PA systems to accommodate different functions.

USB connectivity is required for charging purposes and daisy chaining. ("Daisy chaining" refers to connecting multiple Bluetooth conference speakers together.) In large conference rooms where one device may not be enough, up to 10 devices could be linked to serve the same purpose.

Modern conference speakers also connect to the Internet. These come in handy when conducting web conferences or when making calls on VoIP phones. Most of the devices rely on Ethernet connectivity to support the Internet, but a few also support Wi-Fi.

In addition to Bluetooth technology, conference phones also come with full duplex sounds and noise reduction features. Full duplex allows conference members to communicate successively without the device cutting off some members. Noise reduction helps increase focus on the message coming from speakers instead of people surrounding them. Some phones also play music.

The best Bluetooth-enabled conference phones are not only loud but also produce high-fidelity sounds. If you occasionally hold meetings with 2-10 or more people, a conference phone is a must-have device. The speakers described above come from reputable manufacturers and are also backed by customer reviews as being reliable.

Why inconvenience your business partners with unending office visits when you could hold conferences calls? And since Bluetooth phones for conferences produce top-notch sound quality, they support two-way communication and more features. This way, you can hold successful meetings using the devices.

Since you can call for impromptu meetings any time you need them, conference speakers allow you to remain agile as a business person. You're not inconvenienced by time-traveling difficulties or other arrangements. Make calls and close deals when you need to.

The best Bluetooth conference phone for your business is not necessarily the fanciest. You don’t have to go for the one with bells and whistles or the most expensive device. Instead, choose:

Released in 2016, the Konftel 55Wx is a modern generation conference speaker designed to suit the needs of small and medium businesses. The device is lauded for its high fidelity sound quality that makes you feel as if you're standing next to the person you’re talking to.

It’s a wireless device that can be connected to laptops and smartphones to accommodate modern communication needs. The wireless feature is optional, meaning you can also connect it via wired connections if your office is configured that way.

The phone's keypad is touch-based and intuitive. Whether you're adjusting the sound or connecting it to your laptop, everything is done at the touch of an icon.

Polycom’s Trio 8500 features an eye-catching T-shaped design. Its 5-inch HD quality dial pad is larger and clearer than most smartphones. It’s easy to navigate and reliable. The device supports a maximum of 3 devices, one of which is dedicated to Skype for business.

The Bluetooth conference speaker connects to the Internet through Ethernet connections. Not to be confused with the Trio 8800, the Trio 8500 has a smaller speaker meant for smaller conference rooms. It’s also cheaper but has the rich sound quality its bigger brother is known for.

Logitech’s speakerphone consists of an actual smartphone and a Bluetooth speaker to go along with it. The smartphone supports calls, text messages, emails, social media and everything else an Android phone does.

The device is best used to receive hands-free audio and video calls in small and medium conference rooms. While the smartphone can be attached on top of the speaker, it’s also removable. The speaker also needs charging through a USB plug.

Like many modern generation speakers, the P710e can be paired with up to 10 devices. It can also be connected with laptop computers to support Skype calls. What’s better, the device is incredibly low-budget at $117.

Jabra is yet another new generation conference phone admired for its high-quality sounds, affordable price, and two-way communication support. It costs $108, which ranks it amongst the most affordable Bluetooth conference room phones on Amazon.

The speaker is circular-shaped with no fancy dial pads and features. Its control features are located on the outer parts of the speaker. You can adjust sound, pick calls, view the battery level and recharge or connect to Bluetooth at the touch of a button. The speaker also comes with a carrying case at no additional cost.

Like its name, the EricStation SIP is V-shaped and striking. A small button dial pad is located on the lower side of the device. It also features a small LCD screen that displays phone numbers as you dial them. It’s a full duplex phone with two microphones.

The dial pad supports a lot of features, including call holding, call forwarding, blocking and DND. Its phonebook stores up to 200 contacts, while the battery keeps power up to 15 hours. It's a simple phone designed for executives looking for an easy-to-use device.

Bluetooth conference phones are the standard communication device in most modern office business settings. They are affordable, easy to use, and highly convenient. If you conduct business calls regularly, consider purchasing a good conference speaker for your business.

We use cookies to enhance the security, performance, functionality and for analytical and promotional activities. By continuing to browse this site you're agreeing to our Privacy Policy.